Doug Kimmelman founded Energy Capital Partners in April 2005 and serves as its Senior Partner. He is a member of ECP's Management Committee and Investment Committee and serves on the boards of Calpine Corporation, US Development Group, LLC and USD Partners, LP. He previously served on the board of Sunnova Energy Corp, Custom Truck One Source (formerly, NESCO), and PLH Group. Prior to realization he served on the board of CE2 Carbon Capital and Summit Midstream Partners.

Prior to founding ECP, Mr. Kimmelman spent 22 years with Goldman Sachs, starting in 1983 in the firm’s Pipeline and Utilities Department within the Investment Banking Division. He was named a General Partner of the firm in 1996 and remained exclusively focused on the energy and utility sectors in the Investment Banking Division until 2002 when he transferred to the firm’s J. Aron commodity group to help form a new business for the firm in becoming an intermediary in electricity trading markets. Mr. Kimmelman also played a leadership role at Goldman Sachs in building a principal investing business in power generation and related energy assets. Mr. Kimmelman received a B.A. in Economics from Stanford University and an M.B.A. from the Wharton School at the University of Pennsylvania.

Philanthropically, Mr. Kimmelman alongside his four children, is developing two of the largest non-profit community academic and athletic centers in the country in Los Angeles and Miami in honor of his late wife. He is partnering on the project with Tiger Woods's charitable foundation and the United States Tennis Association. Mr. Kimmelman also chairs the board of Blair Academy, a boarding school in New Jersey. 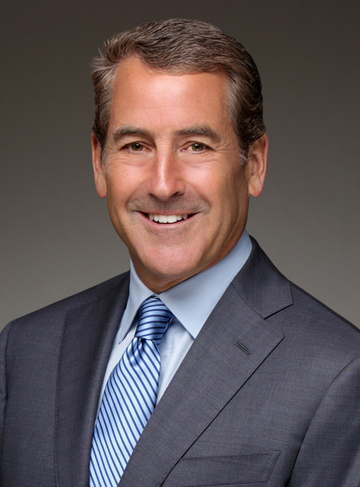